Hobey, simply, would do the right thing 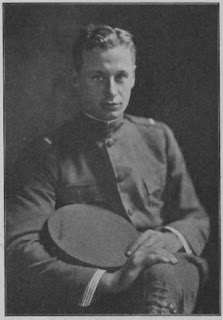 Welcome to "What Would Hobey Do?" I'm hoping to encourage an active and ongoing dialogue about competition, and the role of sports in today's society.

The idea for this blog has been percolating for quite some time – during my 45-plus years of playing competitive sports, and more recently during my 10-plus years of coaching. But the concept really came to a boil this past spring, as I watched far too many shenanigans during the Stanley Cup playoffs, and again this past summer, when the ludicrous labor squabbles between player and owners in the NBA and the NFL dominated the sports headlines.

Really, is there anything more infuriating than listening to millionaire athletes and billionaire owners whine and complain about how to divvy up the gazillions of dollars generated by professional sports? It's almost as bad as listening to pro basketball and football players constantly woofing at each other, or watching them preen and prance and celebrate after ... every … single … play (which, by the way, they're paid millions to make, but that's a topic for another day).

What really got to me, though, were the Stanley Cup playoffs, the single best sporting event on the planet. The games were fiercely competitive, which I'd expect, but there was more. The games also repeatedly featured hockey players engaging in juvenile behavior – sometimes comical, sometimes despicable – that convinced me that one of my favorite pastimes was going to hell in a handbag. What was the point of all the pushing and grabbing and face washing after … every … single … whistle? It was goofy, macho male BS. Worse were the hits -- ugly, undisciplined shots aimed more at breaking a player's back rather than the breaking up the play. It was not the hockey I was taught, or the game I fell in love with as a youngster.

As a result, I often found myself thinking of Hobey Baker, the fantastically gifted athlete who burst onto the American sports landscape like a super nova in the early 1900s, before World War I. The young Pennsylvania native cut his teeth playing hockey and football at the prestigious St. Paul's School in Concord, N.H., impressing anyone who laid eyes on him with not only his preternatural talents, but also a deep humility borne of an innate shyness.

Baker later moved on Princeton, where his fame reached stratospheric proportions. He was a man, by all accounts (and we will delve into as many as we can find), who never thought of himself first, or considered himself as being more important than anybody else on the team (are you listening, Lebron?). Baker never made excuses, and never retaliated for the cheap shots he endured at the hands of lesser players who were either jealous of his jaw-dropping ability or absolutely frustrated by their failure to contain him. He was gracious to a fault, known to visit the opposing team's locker room after games to personally thank each player.

Baker was, in reality, an almost impossible ideal. Which, of course, made him the perfect candidate, decades after his tragic death as an Air Force pilot at the end of WWI, to be the model for college's "Hockey Heisman." Today, the award given annually to college hockey's best player bears Baker's name, even if the man himself would likely be a bit uncomfortable with the act of singling out one player in a team sport, and undoubtedly embarrassed by the self-serving promotional campaigns that so many schools engage in to get their own players nominated. But that's sports today. Marketing, hype, TV dollars, and a generation of spoiled athletes.

The sad reality is that these attitudes have trickle down to almost every segment of sports. It is a sign of the times. This summer, I was coaching elite level hockey goaltenders, from Pee Wees to professionals, for Stop It Goaltending camps. It was a tremendous group of kids, by and large, boys and girls (or young men and young women) who really got after it. In short, they "got it." But not everyone fell into that category.

The older staff and I regularly compared notes. We couldn't help but be drawn to the youngsters who really worked their butts off, who looked at every moment on the ice as an opportunity to improve. Not surprisingly, these were some of the best-natured campers I worked with as well. Conversely, the coaches would oftentimes lament not only how self-centered other kids could be, but how different they were from many of us. Many wore an unmistakable mantle of entitlement, even borderline arrogance, despite the fact that they hadn't come close to reaching their potential. It's an attitude I can't begin to fathom.

Growing up, I would have gladly sacrificed a pinky finger to be able to attend a camp like this. But, even without that opportunity, I couldn't think of anyone who loved playing sports more. I guess I was one of the lucky ones, a kid whose parents instilled the bedrock attributes that make playing sports important and worthwhile: Hard work, joy, passion, dedication, selflessness, teamwork, and above all else, sportsmanship. Mom and Dad reminded me, without fail, that there were no short cuts. And there were no excuses.

Was I perfect? Not even close. I was no Hobey Baker. But just because you can't maintain a high standard doesn't mean you shouldn't try. Baker set an example that we ought to strive for, no matter how difficult it might be to achieve. And I believe it's my responsibility, as a coach and parent, to make sure that Baker's legacy remains intact. Could there be any more important goal for our young athletes? I don't think so. That's the goal of this blog, to create a vocal community that makes certain that Baker's ideals aren't lost. Ever.

Join me in the discussion!